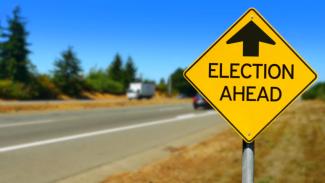 Though tax policies haven’t received top billing in this year’s presidential election dialogue, they’re still part of the conversation. Here’s a quick review of each candidate’s tax proposals based on information released by their campaigns. Keep in mind that regardless of who wins in November, any changes to tax policy would require congressional action.

On August 8, 2016, Donald Trump announced a revised tax plan. Full details of the new plan were not immediately available on the campaign’s website. The following summary is based on the original plan announced by the Trump campaign and what we currently know about the revised plan.

Plans released by the Trump campaign  initially proposed reducing the current seven tax brackets to four, with the top rate dropping from 39.6% to 25%, and no tax due for individuals with incomes under $25,000 ($50,000 for married couples filing jointly).1 Trump has recently announced changes to his tax proposal, including a consolidation to three tax brackets: 12%, 25%, and 33%.2 This change moves the Trump campaign’s plan closer to the tax reform plan announced by House Republicans in June of this year.3

The Clinton campaign’s tax plans do not reflect changes to existing tax brackets, but do support a new 4% “fair share surcharge” on taxpayers with an adjusted gross income (AGI) exceeding $5 million.4

Currently, lower tax rates generally apply to qualified dividends and to capital gains resulting from the sale of assets held longer than one year. Plans released by the Clinton campaign recommend adjusting the holding period schedule for long-term capital gains, increasing the minimum holding period from one to two years and adding medium-term holding periods that gradually reduce the top long-term rate down to 20% for assets held for more than six years.5

Plans initially released by the Trump campaign indicated that the top rate of 20% would continue to apply, with no change to current holding requirements.6

The AMT is a separate, parallel federal income tax with its own rates (26% or 28%, depending on income) and rules. It is intended to ensure that taxpayers who use certain strategies to reduce their tax liability pay a minimum amount of tax.

The Trump campaign has called for elimination of the AMT.7

The Clinton tax plan would presumably add a new tax layer, imposing a minimum tax due of 30% on those with incomes exceeding $1 million.8

Proposals released by both candidates would limit itemized deductions for higher-income filers.

The Trump team’s plan would accelerate the limitation of itemized deductions and the phaseout of personal exemptions for higher-income filers, though the treatment of deductions for charitable giving and mortgage interest would remain unchanged. The original Trump campaign tax plan also indicated that the ability to exclude earnings in life insurance contracts from income would be phased out for high-income individuals.10

The two campaigns have very different views of the existing federal estate tax.

The Clinton campaign proposes increasing the top estate tax rate from 40% to 45%, and decreasing the estate tax exclusion from $5.45 million to $3.5 million.11

What is “carried interest”?

Carried interest refers generally to the compensation structure that applies to managers of private investment funds, including private-equity funds and hedge funds. As a result of the carried interest rule, fund managers’ compensation is taxed at lower long-term capital gain tax rates rather than at ordinary income tax rates.

Both the Clinton and Trump campaigns have released plans calling for carried interest to be taxed at ordinary income tax rates.

What is the “Buffett Rule”?

In a 2011 opinion piece, Warren Buffett, chairman and CEO of Berkshire Hathaway, argued that he and his “mega-rich friends” weren’t paying their fair share of taxes, noting that the rate at which he paid taxes (total tax as a percentage of taxable income) was lower than the other 20 people in his office. (Warren E. Buffett, “Stop Coddling the Super-Rich,” New York Times, August 14, 2011)

As Buffett pointed out, this is partially attributable to the fact that the ultra-wealthy typically receive a high proportion of their income from long-term capital gains and qualified dividends, which are generally taxed at lower rates than those that typically apply to wages and other ordinary income.

The “Buffett Rule” has since come to stand for the tenet that people making more than $1 million annually should not pay a smaller share of their income in taxes than middle-class families pay. The Clinton campaign’s proposed 30% minimum tax on those with incomes exceeding $1 million is a specific application of the Buffett Rule.

4, 9, 11) “Investing in America by Restoring Basic Fairness to Our Tax Code,” hillaryclinton.com/briefing (July 2016)

5) Kyle Pomerleau and Michael Schuyler, “Details and Analysis of Hillary Clinton’s Tax Proposals,” Tax Foundation, January 26, 2016 (The 20% rate would be increased by the 3.8% net investment income tax, as well as the 4% surtax, if applicable.)

IMPORTANT DISCLOSURES: Broadridge Investor Communication Solutions, Inc. does not provide investment, tax, or legal advice. The information presented here is not specific to any individual’s personal circumstances. To the extent that this material concerns tax matters, it is not intended or written to be used, and cannot be used, by a taxpayer for the purpose of avoiding penalties that may be imposed by law. Each taxpayer should seek independent advice from a tax professional based on his or her individual circumstances. These materials are provided for general information and educational purposes based upon publicly available information from sources believed to be reliable—we cannot assure the accuracy or completeness of these materials.  The information in these materials may change at any time and without notice.