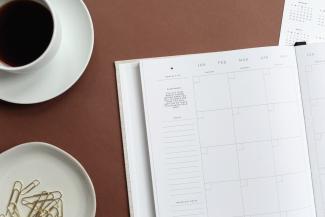 Quarterly Letter: The Seduction of Pessimism

In our previous quarterly letter, we wrote about “Life and Optimism” and added the saying from the Life is Good Company, “Life is not easy, life is not perfect, but life is good.” Recently, we were reminded of a chapter called “The Seduction of Pessimism” in one of our favorite books entitled Psychology of Money and thought sharing the premise of the chapter along with a few quotes would be appropriate – particularly with the current global events and the media (both traditional and social) coverage of such events.

The Seduction of Pessimism

While there is sufficient room for disagreement on many topics, we would imagine that we are all on the same page in believing that bad news sells. The author of the chapter quotes historian Deidre McCloskey: “For reasons I have never understood, people like to hear that the world is going to hell.”

The chapter discusses a 2008 piece in The Wall Street Journal highlighting a Russian academic’s prediction:

“Around the end of June 2010…or early July, the US will break into six pieces – with Alaska reverting to Russian control…California will form the nucleus of “The California Republic” and be part of China or fall under Chinese influence. Texas will be the heart of “The Texas Republic,” a cluster of states that will go to Mexico or be under Mexican influence.”

So why did WSJ publish such a harsh prediction on the front page? To sell papers, get clicks? Another plausible reason – because pessimism is taken more seriously than optimism. If WSJ said, “Don’t worry, starting in March of 2009 (before the great recession ended) the US stock market will have a 10+ year bull market in equities like never seen in history,” the paper would have undoubtedly been labeled as Pollyannish.

While the Russian academic’s prediction seemed farfetched to most of us at the time, the mood of many was dire as we were besieged with a barrage of headlines telling us that the financial system was collapsing. It may have been easier to visualize the prediction than the alternative headline we shared (which came true, of course).

The author looks at another optimistic example and asks us to imagine a Japanese academic writing the following in the late 1940s after Japan was “gutted by defeat in WWII”:

Chin up, everyone. Within our lifetime our economy will grow to almost 15 times the size it was by the end of the war. Our life expectancy will nearly double. Our stock market will produce returns like any country in history has rarely seen... We will become a world leader in electronic innovation and corporate managerial systems. Before long, we will be so rich that we will own some of the most prized real estate in the US. Americans, by the way, will be our closest ally and will try to copy our economic insights.

Despite the above actually happening, if the above was printed, the Japanese academic would have been “laughed out of the room and asked to seek a medical evaluation.”

The negative headlines and predictions will likely continue to have the majority convinced. As the chapter’s subheading reads, “Optimism sounds like a sales pitch. Pessimism sounds like someone is trying to help you.”

We find the first few lines of the chapter appealing: “Real optimists don’t believe that everything will be great. That’s complacency.” The chapter goes on to read, “Optimism is a belief that the odds of a good outcome are in your favor over time, even when there will be setbacks along the way.”

At Monument, we relate to the optimism/pessimism comparison as we think about investing. The markets are not expected to have positive returns in each short-term timeframe, however, with an eye to the long-term (coupled with a diversified portfolio), the odds are in our favor that we will have a successful outcome.